On behalf of the Washington Athletics, we wanted to send out a big thank you to the ex-big leaguers that have made their way down to the winter facility this off season to work with the A’s. We can’t thank Jay Buhner, Omar Vizquel, and Bill Haselman enough for the help this winter. “It’s great to see the excitement those guys stir amongst the kids when they hang around.” Said Coach Larsen. “It’s not every day you get to be instructed by an 11 time gold glove winner in Omar Vizquel, get BP thrown to you by a Seattle Mariner icon in Jay Buhner, or be instructed by a former first round pick, and World Series Champion Coach like Bill Haselman” 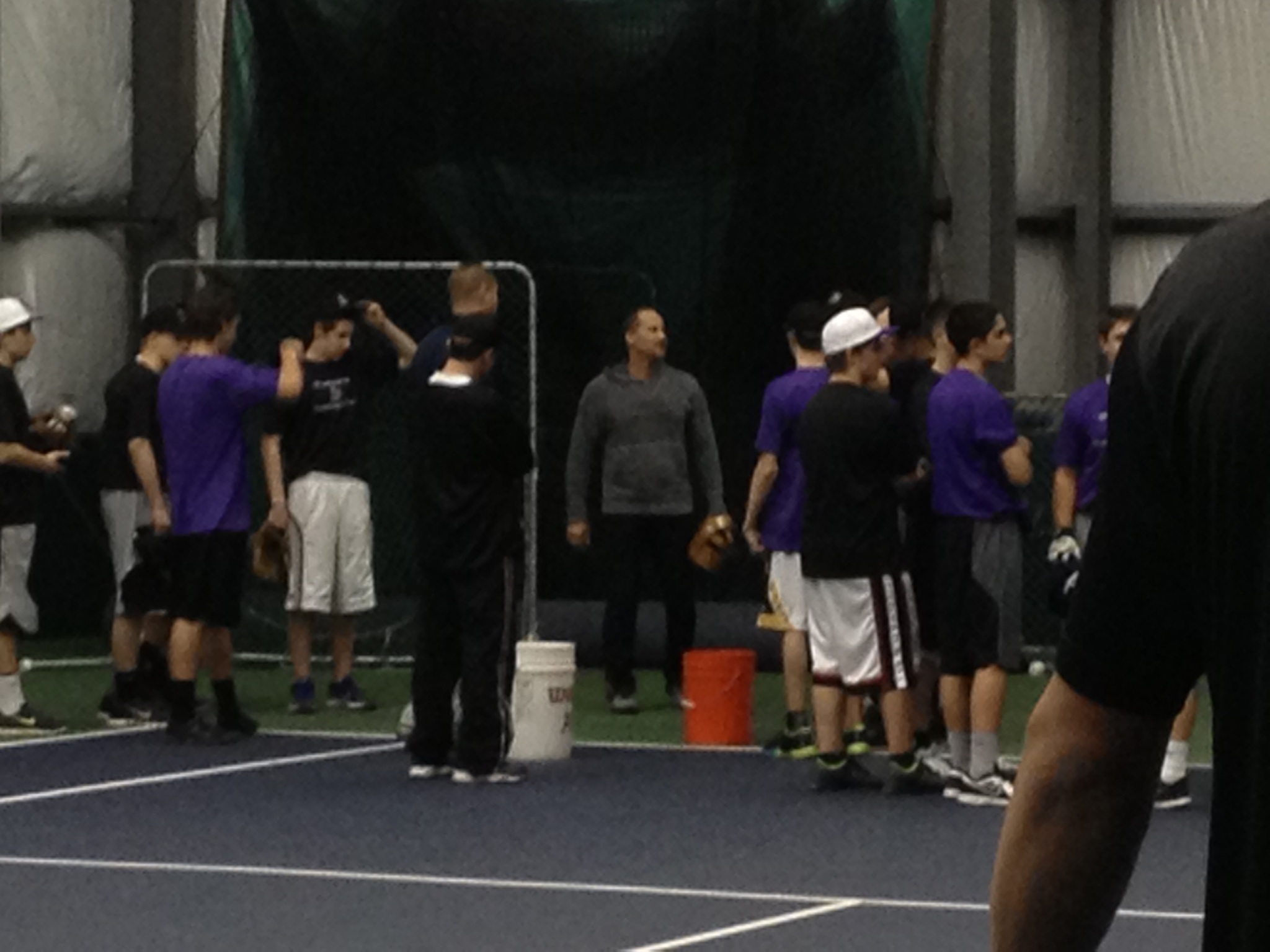 “Just having those guys around to help out has been so amazing. The kids just gravitate to them, and to have guys with that kind of background helps out not only the players, but us coaches as well. We grew up watching those guys play so its a thrill for us as well.”

Both Jay and Bill have sons (Gunnar Buhner 18u, and Tyler Haselman 15u) and it’s been awesome to see the support they show them!

The A’s want to wish luck to both Omar and Bill, who left this week for spring training. Omar will be serving as a roving infield instructor in the Angels organization, and Bill will continue his coaching career as a manager in the minors.

A big thank you also goes out to Ben Boulware, CEO of Baseballcamps.com and Collegebaseballcamps.com, for coming in and working with our infielders on multiple occasions   Ben brings years of professional baseball experience and many more in organizing and coaching youth baseball players to each workout.  He currently runs national baseball camps across the US and his incredible passion and knowledge have been great resources of instruction for the Washington A’s infielders.