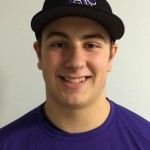 Senior First Baseman Max Escarda announced yesterday that he has verbally committed to play for new Head Coach Gabe Buroff at Columbia Basin College in Pasco, WA. Columbia Basin plays in the NWACC conference which is consistently one of the top Juco leagues in the country.

“I am so excited for Max. He is going to go to a great program, and with his size and ability, I think it gives him a great opportunity to take his baseball talents beyond Columbia Basin. Whether that be professionally or at the D1 level. Couldn’t be happier for him,” said Coach Larsen.

Max is a big, strong, athletic First Baseman and Pitcher from Eastlake HS in Sammamish. He is an anchor in the middle of the A’s line up hitting .421 with 4 2B, 1 3B and 10 RBI’s in the first 16 games of the season, and has also been dominate on the mound posting a 1.91 ERA with one save and 6 K’s in 7.1 innings of relief work.