“I am super excited at the level of talent we got for next summer.” Larsen said. “We have some great arms, and a great mix of talented seniors and younger players that will be great for this summer and the future of Athletics program!”

Working with the pitching staff will be a couple of great catchers from the Kingco division, Senior Ryan Pladson (Eastlake HS) and sophomore Ben Friedman (Sammamish HS). Pladson brings a couple years of Varsity experience to the catching crew, and Friedman is a young catcher looking to go out and make his mark this summer. I have no doubt that both will be great leaders behind the plate, and will improve our pitching staff.

Defensively, the A’s should be strong with a great middle infield lead by 4A Kingco honorable mention pick Ryan Teasell (SR. Eastlake High School) and Gunnar Buhner (SR. Mt Si) who is just coming of the Mariners Northwest games with fellow teammate Alex Foley. Also manning the middle, is Kollin Malsam. Kollin is a talented sophomore from Eastside Catholic with great skills and great potential. 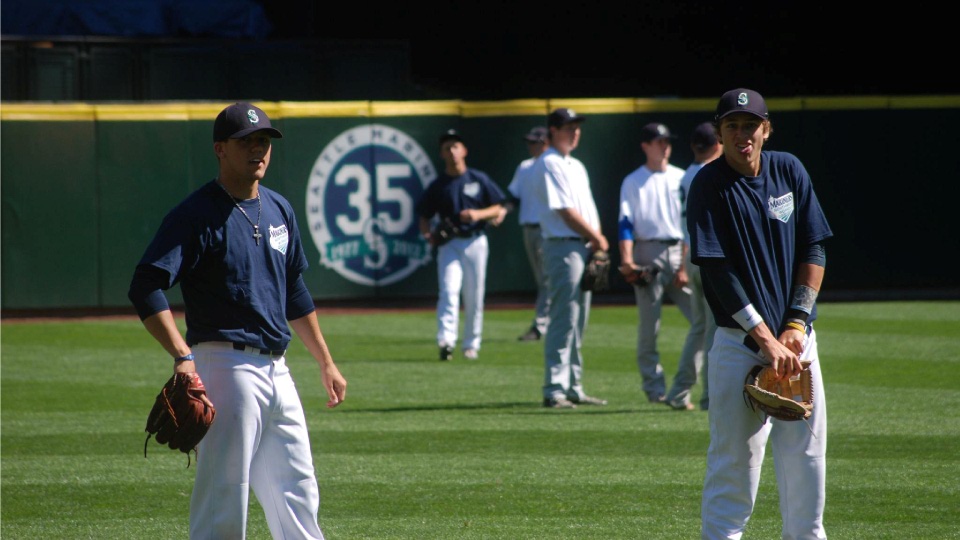 The corners are lead by 2nd team All Metro third baseman Hayden Meier (SR. Eastside Catholic) and Jake Henderson (JR. Redmond HS) who are both expected to make big contributions at the plate this summer as well. Also playing the corners, when not pitching, will be Josh Barokas and also Riley Ward (SR. Eastside Catholic) will be taking reps at 1st base when he’s not in the outfield.

The outfield is going to be our deepest group. We have a tone of talented players that will be pushing each other daily. Seniors Grant Beahm (Eastlake HS), Connor Swift (Mt. Si HS), and Austin Hall (Mt. Si HS) will be the veterans out there, but there will be a battle with young talented guys like David Butler (JR. Mt. Si HS) and Alec Baer (SO. Eastside Catholic). Also, when not on the mound Remington Hamilton and Wes Richardson will be looking to compete for time as well. I’m excited to see what guys take control of the outfield spots as the summer progresses.

“I can’t be more excited at the group we have this year. We have a group of not only talented players, but guys that are great teammates and will push each other to make the Washington Athletics the best team we can be next summer. I can’t wait to get started this winter and to watch these guys develop straight into the high school season, and then into an amazing 2013 summer!”

The roster will be updated soon with player photos and bios once the information comes in. Stay updated and bookmark the 18u Roster.